I know I haven't posted in a long time.
It's only because a series of momentous events have occurred at me.

For instance, last week I was stung by a bee. 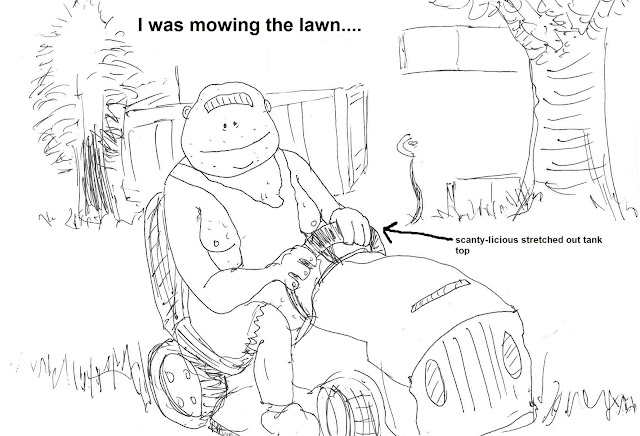 All my creative bits are rusty and off. Please stay with me during this period of terribleness.

Anyways, I am not a man who prides himself on a flawless lawn. I don't aspire to a sea of grass so spongy and perfect that you could have a baby on it.

I do not pride myself on much of anything. Certainly not the stereotypical man things: a clean shave, a perfect spiral, an expertly grilled wiener.

I suppose I could take pride in my ability to make babies.

I even made one over the summer: 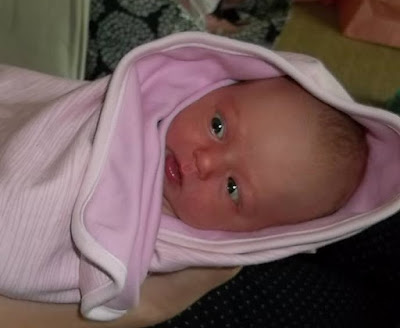 This her impression of Buddy Hackett. It needs some work, but I make her practice every day.

Having the baby was surprisingly easy for me.

I wanted to talk more about how long my grass was, because it feels like one of those conversations that we as a society need to have, but I feel like my own contribution to the dialogue is forced and inauthentic: 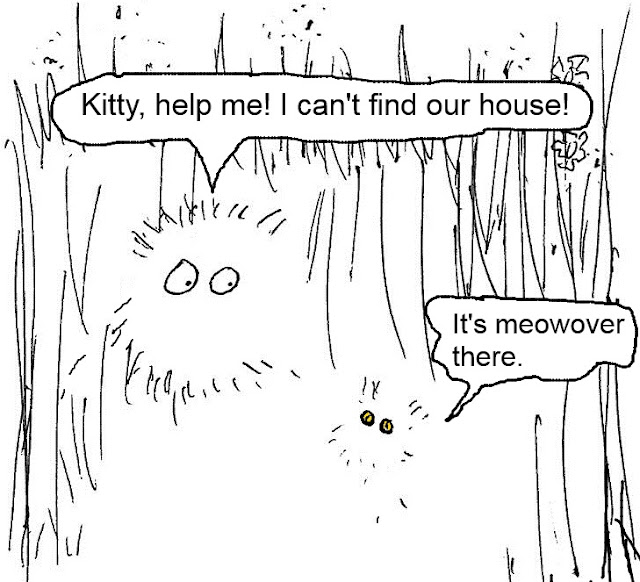 The hardest part of giving birth was trying to figure out what the nurse midwife was saying.

She was a Swedish woman who spoke in broken, despondent English, and bore the bedside manner of a mortician. 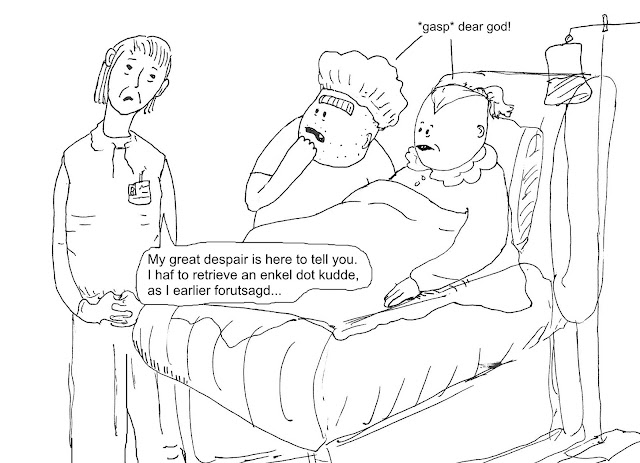 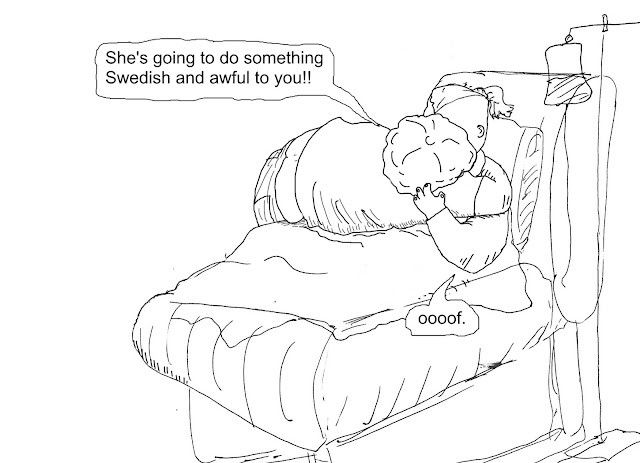 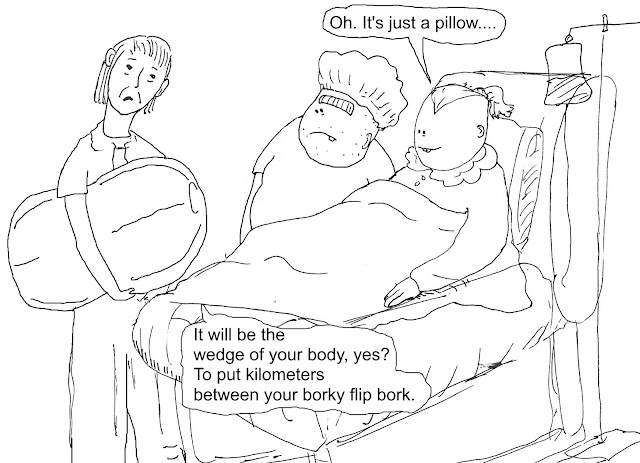 When it came time to push, she told me to lift one of my wife's legs in the air. I think it was because she wanted me to feel like I was helping.

It was cool, holding that leg like that. I imagined I was a street musician with my upright bass. Money kept clinking in my open instrument case and I knew I was going to eat well that night.

"Are you interested in a viewing of the placenta?" the midwife asked me, when things were pretty much over.

I didn't want to, but my wife gave me a poke in the ribs.

"Be polite. Go over and look at the placenta," she whispered. 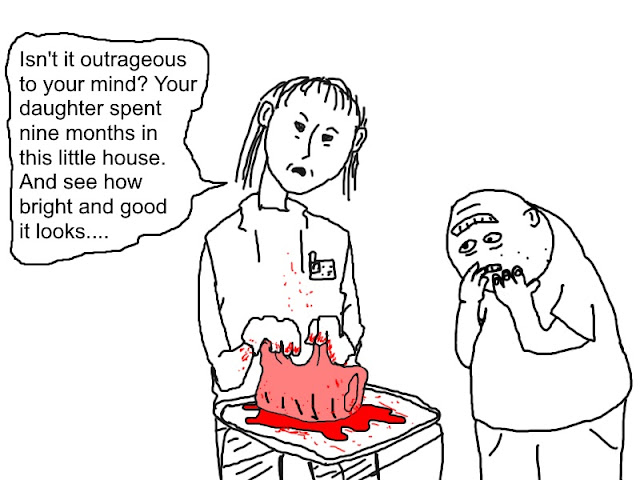 She kept splatting it up and down in a puddle of blood, all the while assuring me that it was a fine specimen, a placenta to make you proud.

We brought the baby home, as people do. And then I went back to work.

Summer school was in session. I was mostly stuck with a guy named Ronald.

Ronald seemed to be channeling the spirit of someone's irritable grandfather. He railed against women drivers, democrats, and "Stay off the grass" signs.

He was a starry-eyed racist as well, totally amazed by the bounty of black people that walked the city streets. 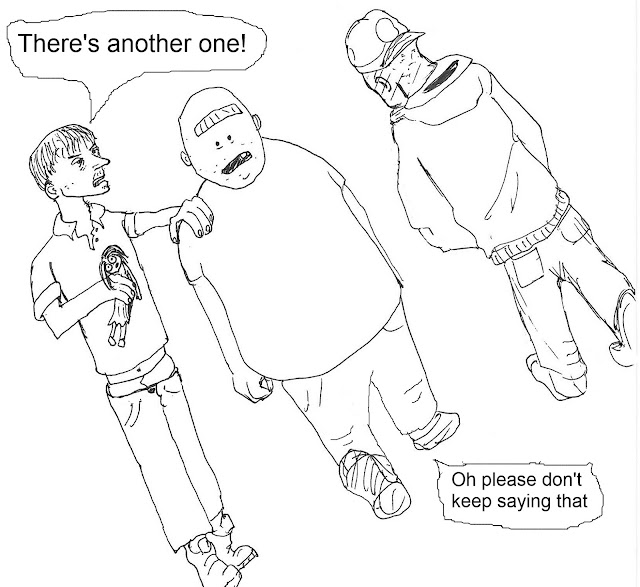 We were on a crowded city bus, and Ronald was trying to be discrete. He looked sideways at several elderly black ladies sitting nearby, and stage whispered, "It's for people who aren't normal."

I quickly pulled the stop cord and ushered him off the bus.

"You can't say that kind of stuff, Ronald."

He rolled his eyes.

Ronald spoke often of his wife.

"Her father won't let us be together. Hoo boy! Does he hate me."

"Lunging Lily. You know her?"

I shook my head.

It turned out that Ronald's wife was an animatronic devil woman sold exclusively at Halloween Spirit stores: 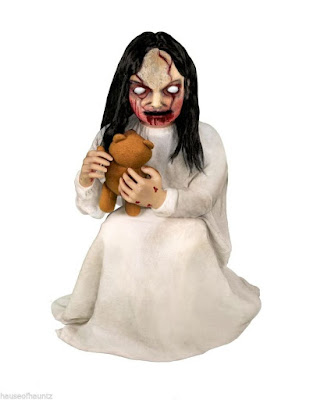 Her motion sensor had tripped as he'd walked past, she'd leapt forward on her pallid little spring loaded legs, complete with lit eyes and possessed screaming, and he'd fallen into startled, terrified love.

After several weeks of hearing him go on about the many virtues of Lunging Lily, I decided to see her for myself. 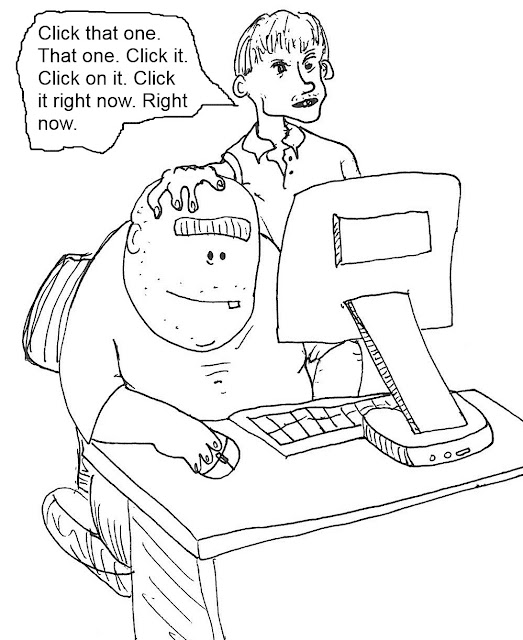 We did a quick Youtube search, and clicked on a cellphone video tour of a Halloween Spirit store.

It was conducted by a bubbly young mother who followed behind her two toddlers, Jagger and Torch, as they went from abomination to abomination.

Demon babies popped up from their strollers and sprayed the little children with fake blood.

"Oooh, look at that, Jagger," she murmured into her phone.

Torch slow danced with a drowned girl that motored around on a wheel hidden beneath her ragged dress.

As the video played, Ronald became increasingly agitated. He rocked on his heels and rubbed his hands down his legs repeatedly.

The happy trio turned a corner and there was Lunging Lily, standing on a pedestal and set apart from the rest.

"Guys, look! It's Lily!" the mom chirped, as if she'd just opened the front door to let in grandma or a lovable stray dog. "Jagger, go up to her. Go on."

The little boy hesitated for a moment. He sucked on his pudgy finger. 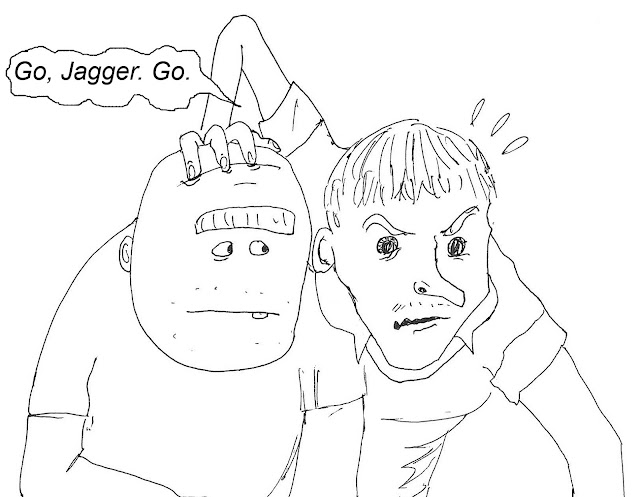 Eventually, Jagger toddled up to Lunging Lily. She screamed and roared and fired towards him, but the boy didn't even flinch. He only batted her away, and Ronald lost control. 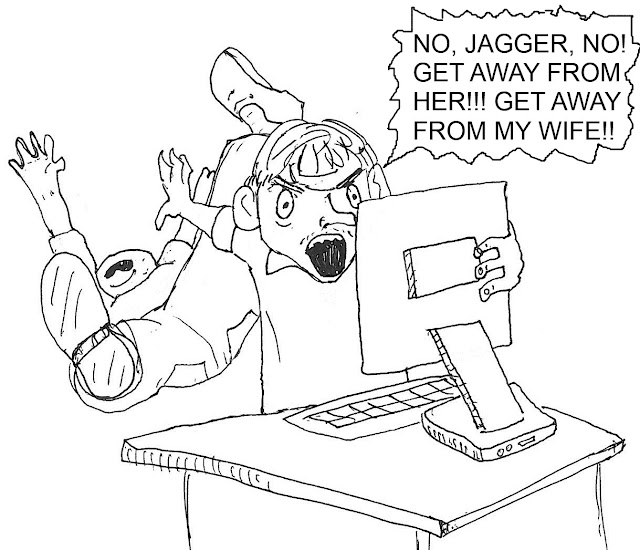 He spit into the screen, swore at Jagger (whose name he changed, mid-howl, to 'Dagger'), and slammed his fists onto the keyboard.

I decided to take him for a walk to help him calm down. We headed for the playground a few blocks from our classroom.

By the time we arrived, Ronald had relaxed back into his angry, chauvinist Grandpa self.

He went off towards a chain link climbing ladder that lead up to a little curvy slide. Someone had strung yellow caution tape all over the ladder.

Ronald carefully placed his "daughter", a soiled ragdoll he carried with him wherever he went, on the ground, and then he began to climb.

His blue jeans barely fit him, and as he awkwardly struggled his way up the ladder, Ronald's white underwear clad bottom was revealed to all the world.

He strained under the hot sun, poured sweat. His long legs tangled up on themselves. Ronald heaved and groaned.

At last, he collapsed on the platform at the top of the ladder. He lay on his stomach with his pants around his knees, and began to laugh in exhausted triumph.

Then he slid down the slide.

He was way too big for it, though, and came to a complete stop at the first curve.

Ronald sat, stuck and blinking in the hot sun, and I reluctantly rose from my spot in the shade and wandered out to help him.
Posted by gweenbrick at 4:49 PM