Closed to all but me

Sometimes when no one is looking, I squish up my face because I feel like some vague situation going on inside my head warrants that most dreaded of events: "a good cry".

I do this a lot while in the bathroom, and I suppose if the world were watching me at that moment, they would speculate that I was straining to make a bowel movement.

The world would mistake the whiny expulsion of air, the most of crying I could make, for a suppressed eke of gas.

Would the world approach me, hesitantly, and reach out one hand to say, go ahead and let it out?

They would have braced themselves for a subsequent round of bottom trumpets and resonant plops, but then have been secretly relieved to see I was only holding back tears.

By the world's leave, I would have begun to sob and as they comforted me, they would have let slip, "oh, I thought you were embarrassed to poop in front of us."

Am I embarrassed to poop in front of you?

Not really; you may have noticed that already if you read this blog a lot. 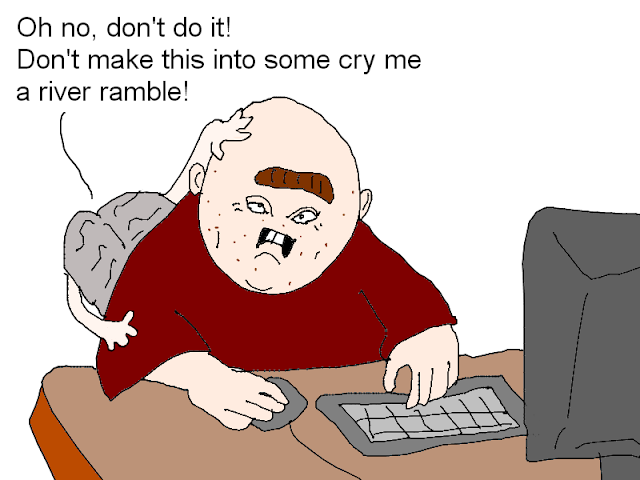 What do you know that I care?

It's your fault anyways.

You are the one who suddenly decided to stop getting out of bed in the morning.

My body still has to go to work, still has to stand in the infernal confines of shoe stores, lunchrooms, and handicap stalls.

But you just lay about, moaning how every sky is overcast, how every song pushes the benefits of dying between its lines, how your new favorite color is depression blue.

I hate you and wish you were normal.

You dragged me off to the doctor and made me talk about my feelings....sniff....I made a muscle at her and said I didn't have any.

Then I built a little spaceship out of Legos and called it Killdeath Laserwing.

She smiled and asked if I felt like smashing it, this thing I had built.

I sobbed that I did, and then took a long pull from my Capri Sun.

Except I was actually just a man sitting there in her examination room, confused as to why this thing, this sense of otherness, has passed over my brain and left me inexplicably sad.

This doctor had been horribly burned at some point in her life; the skin of her face was strangely smooth and pulled taut, bordered by little webs of scar tissue.

IT IS SO FUN to tell someone that has obviously borne the immense struggle of almost dying from a fire and carried on through a lifetime of disfigurement with confidence and professional poise that you are so beyond sad that waiting in line at the post office is like crab-walking down to the floor of the Grand Canyon.

Both can not be done; their impossibility puts them right out of reach.

She doesn't say it, but I want her to, just to put all the cards on the table.

You are sad for no reason and my face was burned off.

Let's wrap this up.

Except what ever this is, this cloud, this idiot turmoil, does not cotton to perspective.

I want to shove its face into every tragedy imaginable, but all it does is shrug.

So what? it says. I am me and I am sad. Do you have any My Bloody Valentine? Cause I really just want to lay in the dark and think about how we are only particles, whirling away.

The doctor comes back in with a prescription.

Here are your waters and your watering place.
Drink and be whole again beyond confusion.

I take the first one five minutes after I fill the script; it sticks in my throat for a moment, long enough for me to enjoy the headline: "Unnecessarily sad man chokes to death on Prozac."

One good swallow and we're off.

Before I got down and stupid, this was the real post I was working on:

I like to think of myself as pretty laid back. 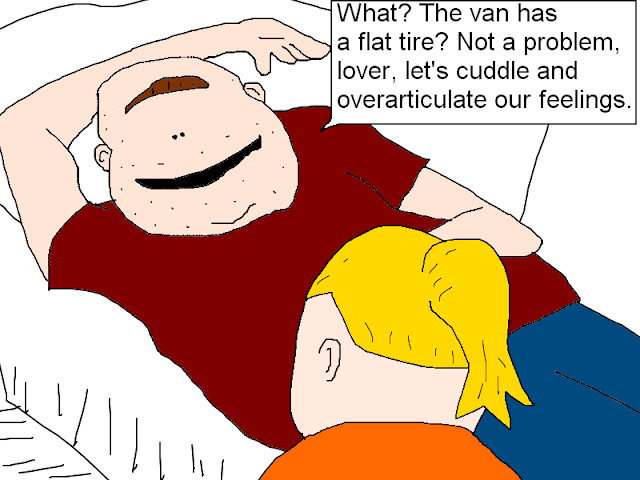 But I suppose if I saw myself as the fancy shmancy world sees me, I might gain insight into how I really am. 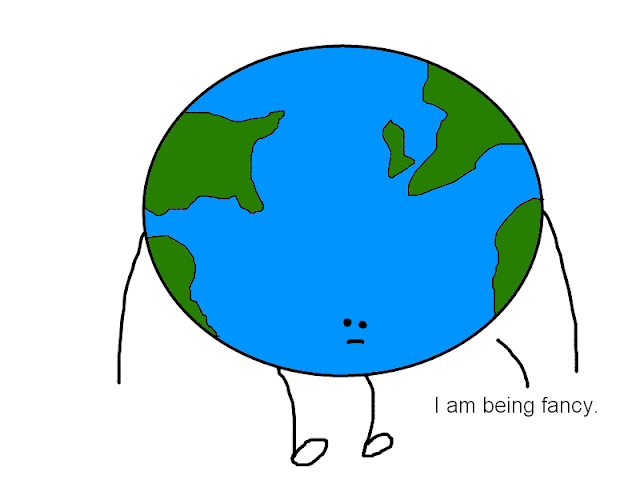 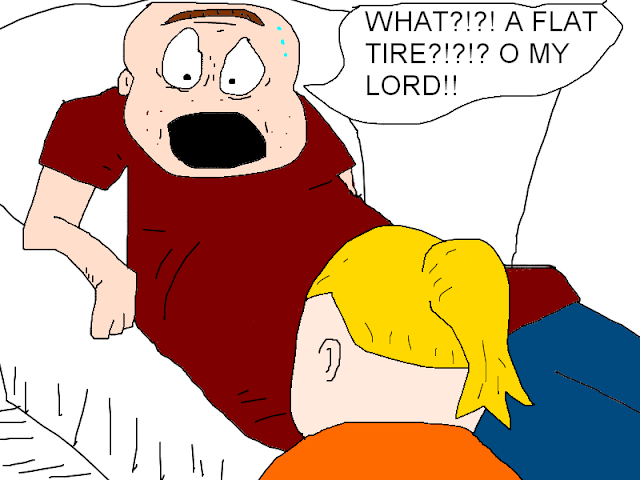 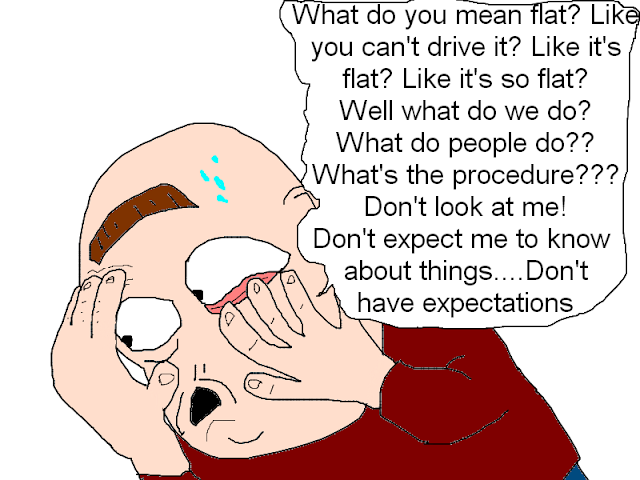 That is as far as I got.


Hope normal is on its way.


And thank you for still reading Gweenbrick, even if it is, in the end, most notable for its inconsistency.

Posted by gweenbrick at 7:47 AM