I don't know how familiar you are with the special education population, but in many ways they are just like regular folk, except with no 'off' switch.

A student like Jeffrey, though, picks a scab until he makes his way into an artery. 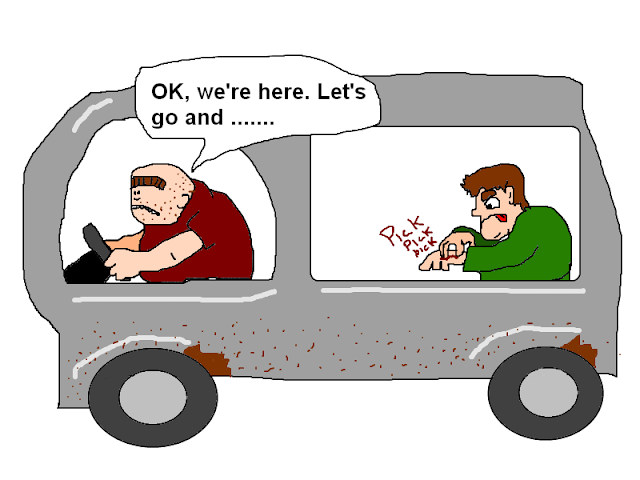 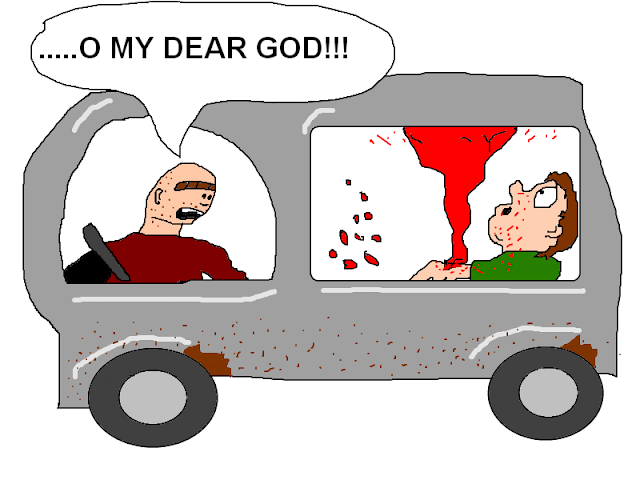 One day, Jeffrey comes in and his hand looks like this: 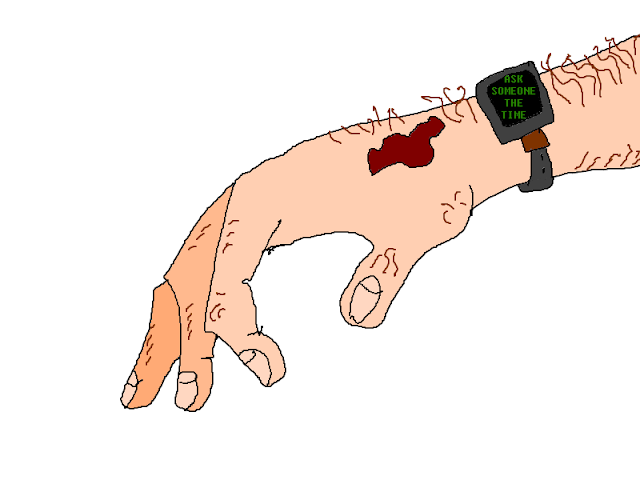 "What happened?" I ask him.
"Have you ever heard of toaster ovens?" he answers.
Two days later: 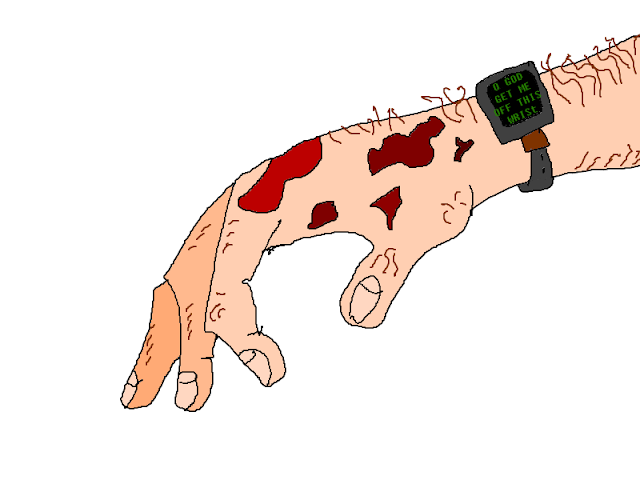 "What happened now?"
"Have you ever heard of Pop-tarts, because it was stuck in that toaster oven."
"Again?"
"What?" He looks at me like I am crazy.
I realized it was the same injury, just....manually expanded.
"Jeffrey, you cannot pick that scab. Don't do it."
"I won't" he says.
(Looks at hand)
(Looks at me)
(Back to hand, longingly now)
"I'll just rub it gently. I'll just rub it gently at home."
(Looks at me)
(Looks at my hand)
"Like dis," he says.
He softly runs his hand up and down my forearm.
On an unrelated note. HI to my new followers!! I am so glad you are here. If you comment, I will try to reply in a timely fashion.
I don't know where you came from, or how you found me, but it is very exciting for me to have more readers! Thanks so much!
Posted by gweenbrick at 7:36 PM

Email ThisBlogThis!Share to TwitterShare to FacebookShare to Pinterest
Labels: Jeffrey