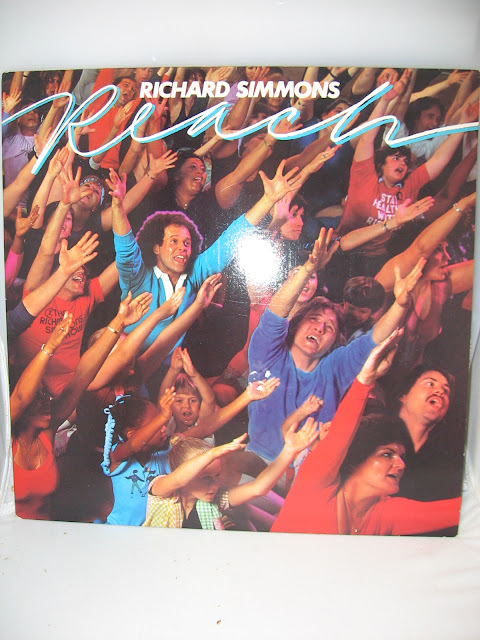 I recently found something that is very important for a person in my position to come across. This is Richard Simmon's album he put out in the early 80s. It is called Reach. 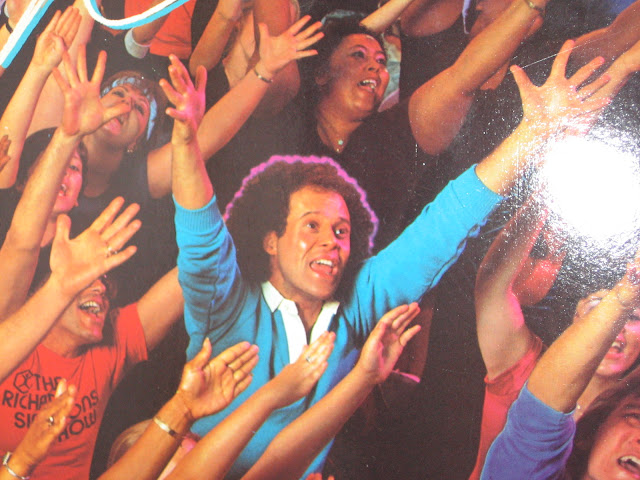 Richard with the glow of the Holy Spirit lighting the rim of his afro (from album cover).
The lyrics are printed on the inside. Some of them should probably be mentioned here, because they are pretty good.
Cause every morning's the key

It's either coffee or me
"Don't feed me lies
'bout all the times
you've tried to change your life
when you sneak downstairs
for that one eclair
in the middle of the night". 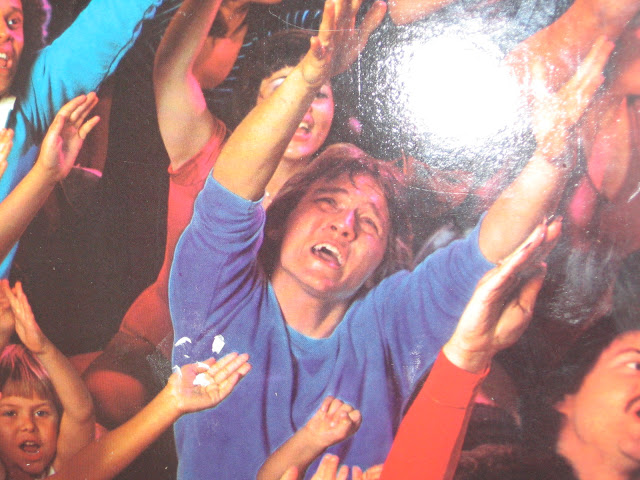 "Don't cook for two
when there's only you" 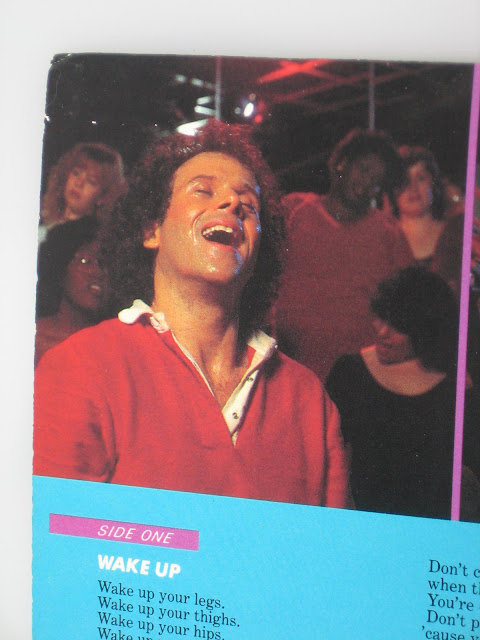 "Throw out the pills and plastic pants
This is your chance!" 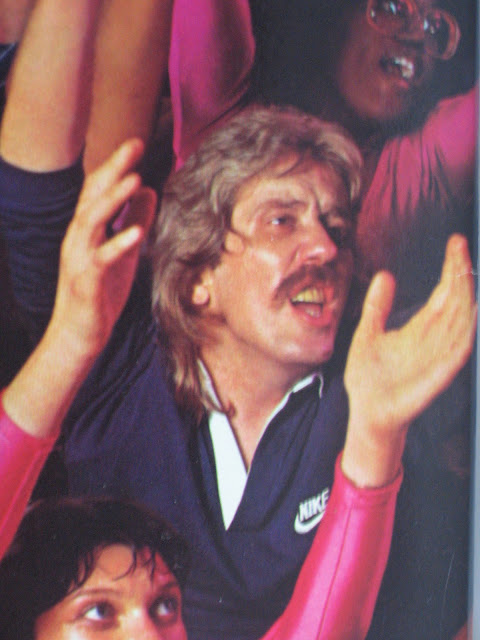 A young Donald Sutherland, early devotee of Richard.
The record comes with an exercise book, but I am bothered by Richard's expression during the pelvic squeeze: 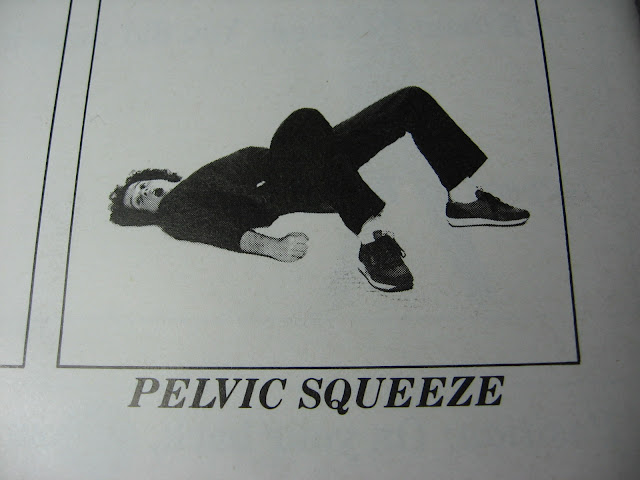 I am really disappointed. I do not have a record player. I want to hear Richard tell me to "wake up my thighs".
Then I remember! Product Review #9, the B/O Display Turntable for Model!
I just have to move my prized Bibleman action figure from his place of honor. 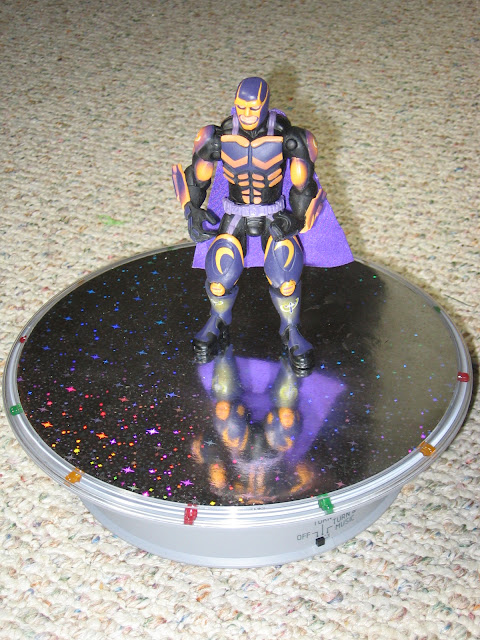 Now I have to rig up some kind of needle.... 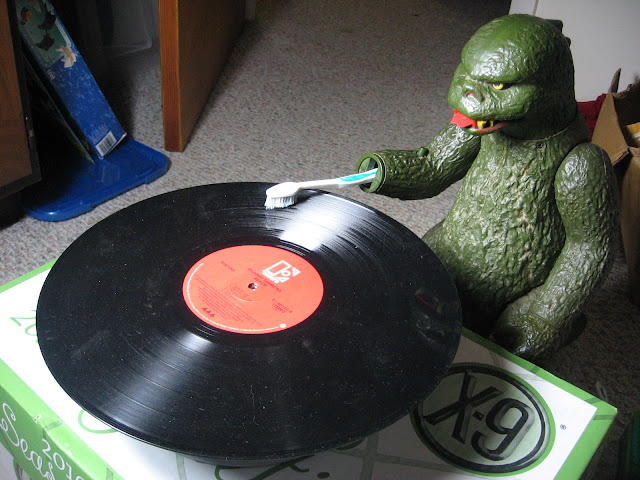 I hope when this starts playing I am overcome with the same ecstasy everyone on the cover of the record has.

There are lots of things I don't know about record players.
Posted by gweenbrick at 9:08 PM