Towards a Unified Theory of Proximal Awkwardness

I have spent a great deal of time studying the phenomenon of awkwardness.
Much of my research has been in the form of hypothetical "Would You Rather" questions, and though that would, on the surface, appear to be too informal of a research method, I have found that it yields a bounty of raw data from which to begin to formulate certain hypotheses that could be tested through further study.
I believe there is a direct correlation between awkwardness and proxemics.
Let me illustrate: 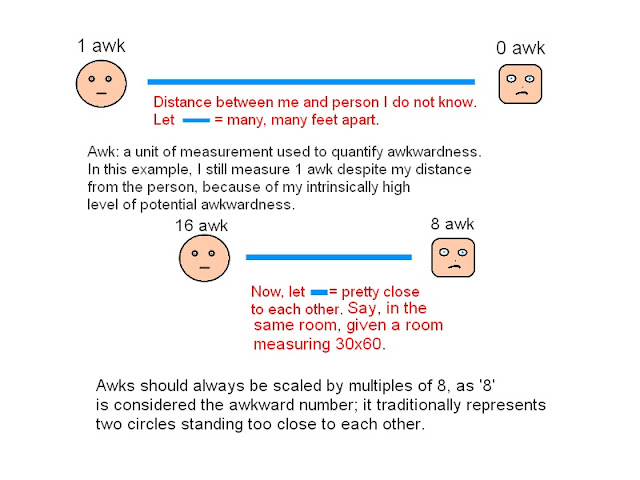 Obviously, there is a correlation between my proximity to the person I do not know and my measurable level of awks.
Having demonstrated the relationship, let us apply it to real world situations to see if it holds true through multiple experiments.
Situation A:
I have been asked to pick up a woman from the airport. This woman is a Catholic nun. 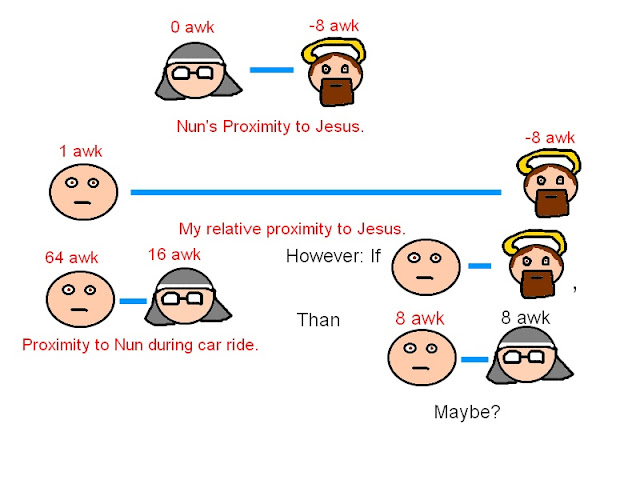 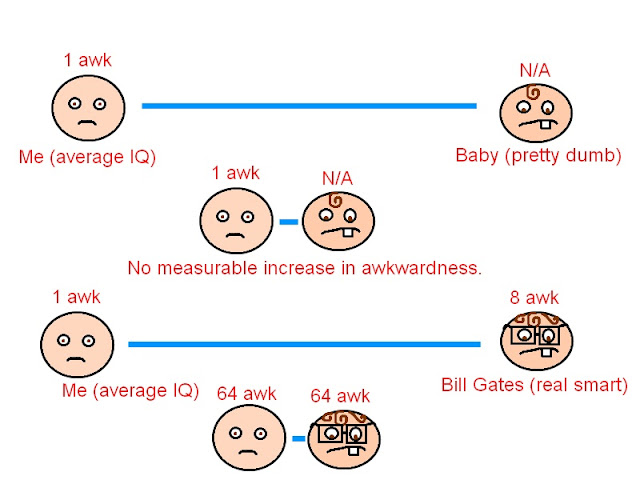 No matter how close I am to it, I do not feel awkward around the baby.
However, the closer I get to Bill Gates, because of his percieved hyper-intelligence, the more awkward things become. An interesting variable here is my use of Bill Gates, as he is known to not be a "people" person, and begins along the proxemics line with heightened awks, which only increases as he gets close to me.
I have begun to fumble my way, through all of these convoluted charts, towards some important conclusions:
The closer you are to someone who is smarter than a baby, the more awkward it could be, unless you both are very close to Jesus.
I will continue my research....
Posted by gweenbrick at 10:18 AM