Pop of the Tarts

Somethings are really bothering me lately.
Matters of great importance.

WHY DO PEOPLE THINK POP-TARTS ARE A LEGITIMATE BREAKFAST FOOD?!?

We have a morbidly obese student whose parents give her Pop-Tarts for breakfast every morning.
When it was mentioned that she should be losing weight, her parents limited her to only one Pop-Tart from the foil sleeve.
I know several families that say "just grab a Pop-Tart" when their children ask for breakfast.
I decided to put my New Librarian Research Skills to use and expose Pop-Tarts for the evil that they are.
The first thing I learned is that it is spelled "Pop-Tart." I went back and added the dash to all the times I had written the word already in this post. Oh, the 'T' is always capitalized.
Did you know Pop-Tarts have an official club for mothers?
They are called "Sprinklings".
It looks like Pop-Tarts are becoming hip, too.
If you go to Pop-Tarts World it says:
"There's plenty of fun stuff for all your toaster pastry-loving peeps."
You can purchase one of those ironic trucker hats, too.
Pop-Tarts describes the hat as a "gotta-have-it topper....it's amazing, wrapped in awesome."
Take a look at this shirt: 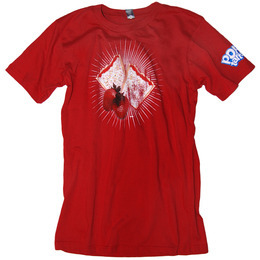 Pop-Tarts describes it as a "distressed-look tee that has a vintage feel that will only become better with age."
Really though. Pop-Tarts was too lazy to iron their shirts and figured by the time Sprinklings shoved the vintage tee around their rotund, Pop-Tart munching children, all that distress would resolve itself into a smooth red dome.
Pop-Tarts should tell kids the truth:
It's hard to look cool eating a Pop-Tart. 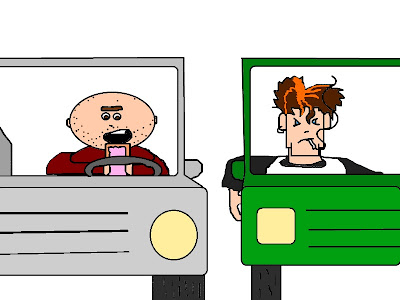 For example, I was eating one while driving the other day and I stopped at a light next to a car full of punk rockers. 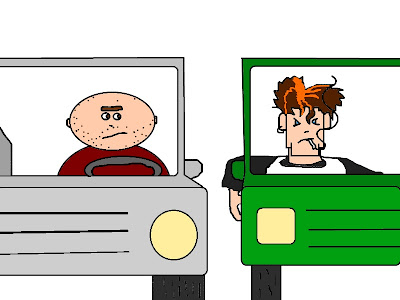 Because I am a deeply insecure person, my first instinct was to hide the Pop-Tart. 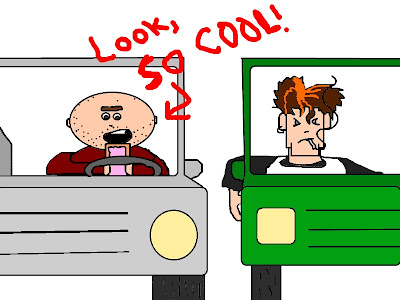 Then I thought maybe Pop-Tarts were seen as kind of cool in an ironic way. 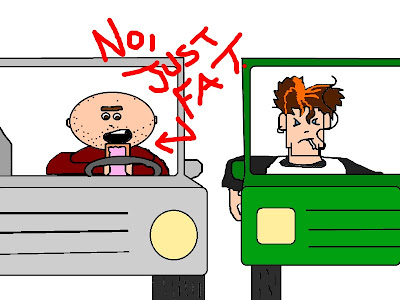 Then I thought, there is no way eating a Pop-Tart looks cool. I probably just look fat and kind of sad.

I looked around in the car for something I could hold up to my face that would be cool. There was only a tin of Altoids and some Legos I had picked up from the thrift shop. 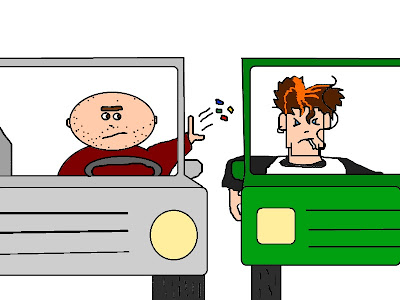 I wanted to throw some Legos at the punk rockers because they were cool and I was not; they could smoke and have earrings, and I was just bald and eating a Pop-Tart.
Then the light turned green. 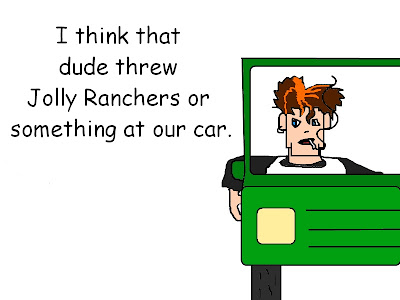 Posted by gweenbrick at 7:33 AM