I was working nights at a grocery store, which is a great job to have. You can smoke and eat microwave pizza at 4.00 in the morning everyday. But it got old, like after a day or so, and I thought I had better find something else.

That lead me to the magical world of special education.

I started in a group home.

I had no experience, no background what so ever with a population like this.

As they started to take me on a tour of the facility, I heard a tremendous clatter coming towards me from the end of a long, dark hallway. I instinctively moved closer to the strong-looking woman serving as my guide.

She was watching me carefully.

The source of the noise came into view; twenty human forms moving quickly down the hall, each with a markedly unique gait, some assisted by walkers, some strenuously rolling the wheels of their wheelchairs.

They were all grunting and groaning loudly, and coming relentlessly towards me.

An adult man with a strange helmet walked right up to me, stopping only when our chests bumped. 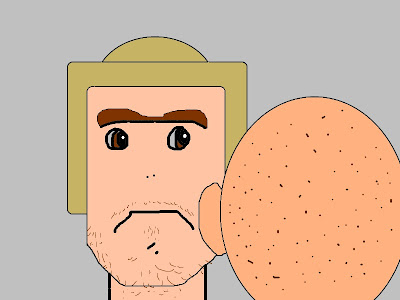 "Um..." I managed.
He lifted one densely hairy, violently shaking hand, formed it into a pistol shape, poked it into my belly, and said "ZOT!"
Then the whole caravan shambled on past.

On my first day, they brought me into the living quarters where I was to work. As I walked in the door I saw this: 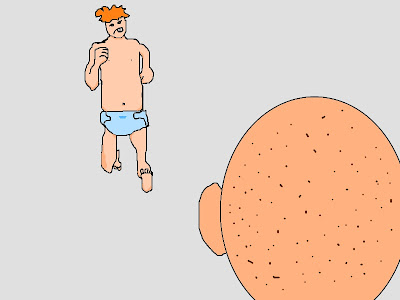 A teenage person in a diaper running at me.
From out of sight, someone yelled "Watch out, he's poopy!"

At the risk of making you ill, I must here point out that poop smells completely different when it is not your own, not a small child's, or not floating safely in a toilet.

A completely unfamiliar, and yet unmistakably awful, odor was bearing down on me with great speed.

Like every idiot in every horror story, I froze.

At the last moment, the same voice barked "Get back here!"

The running young man made a nice little U-turn without breaking his stride and headed back down the hall.

The source of the voice was an older man who began to train me in a earnest, perhaps over-explanatory style.

He taught me that one guy liked to eat phone book pages, which caused him to poop out giant cannonballs that would not properly flush.

"You have to smash them up with your hands to get them to go down", he told me. 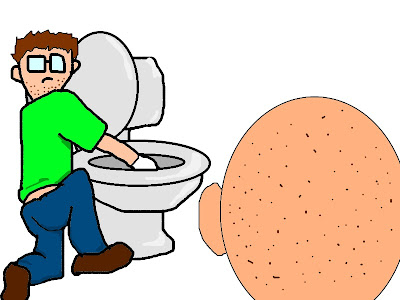 He showed me which guys could not shower themselves.
"Get some gloves on, soap 'em up and hose 'em down." 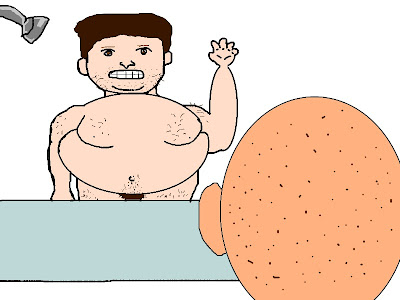 "None of the guys dry themselves very well, so you pretty much have to towel off everybody". 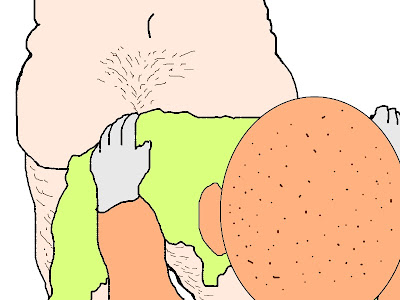 I left that first day in a daze, went home, pulled out my college degree, and sat with it for awhile, gently opening and closing its green faux-leather binder.

Posted by gweenbrick at 8:17 AM