Able To Contain Myself

I only have eight hours left in my "internship".
Its been real something.
Here are pictures: 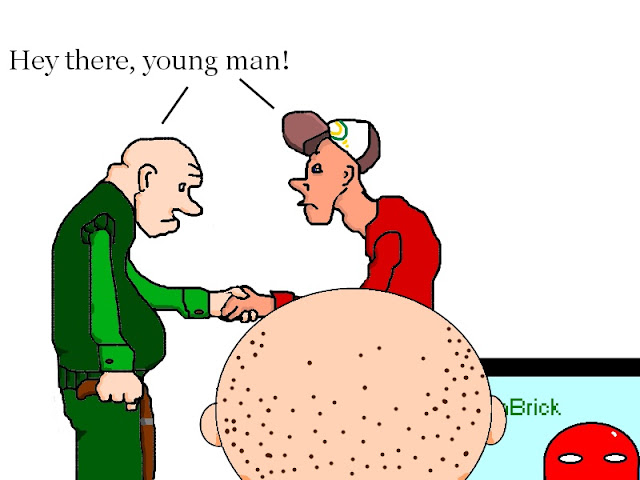 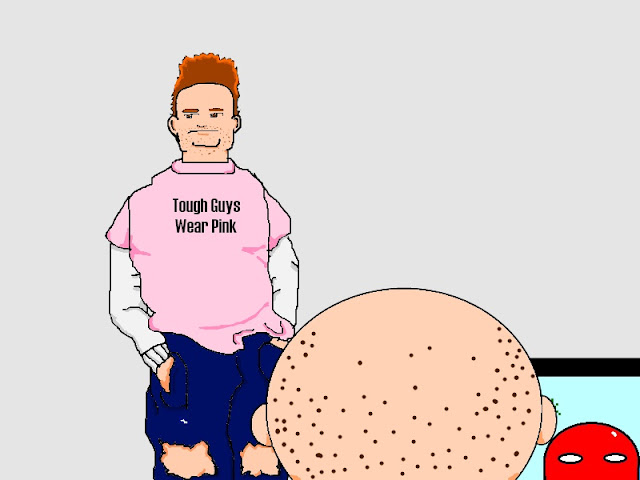 This guy I call Cool Dad. He comes in with his wife and daughter while we are cleaning up after a poetry reading. He asks, "Whats going on here?"
One of the nice old ladies helping out says, "We had some writers come and read their poetry".
Cool Dad stares pensively at a point in space beyond the vision of us mundane 9-to-5 suckers and says, "I read my poetry live. In clubs." Than he dismissively turns on his heel and heads toward the computers.
The holes of the knees in Cool Dad's jeans are perfectly placed and evenly worn. He is sagged just low enough to show a twinkle of boxer shorts. His style is Target-hip and his age is clearly looking back at forty with longing. 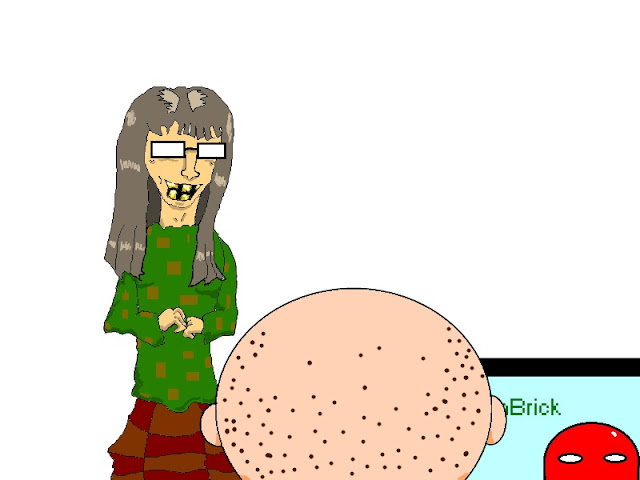 I smelled this lady before I actually saw her. If I were to describe the odor, I would do it in a mathematical formula: Moth Balls + Gingivitis + Human Excrement = Lady coming toward me.
She spoke in a tone of voice that I notice many library patrons using; one of automatic defensiveness and barely contained urges to spit in your face.
"I don't have an ID but I am going to get on a computer."
Offer guest pass.
"Whatever."
Seconds later she came back.
"You have a pen?"
She scribbles something on a bent post-it and storms away.
I look down at the pen and see 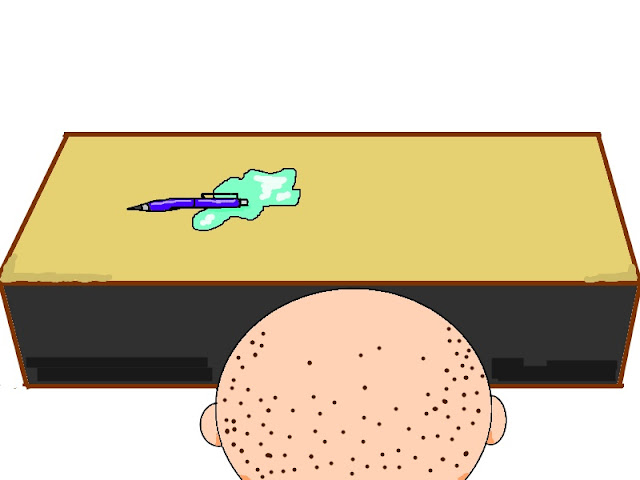 Mysterious puddle?
Pen is dead to me.
Posted by gweenbrick at 8:04 PM