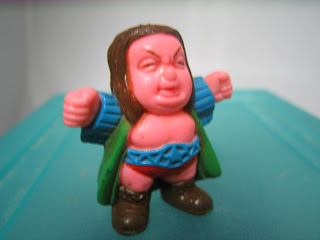 The 80s were full of little rubber figurine toys that featured crazy character designs, and were marketed in the "gotta catch em all" style before Pokemon was even around. This company, Soma, took a different route. They made little rubber figurines that no one really wanted. This could be a wrestling figure, but its actually the only toy made for the movie "Throw Momma From the Train". 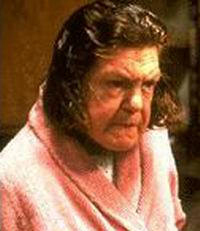 Things do not really improve from the back: 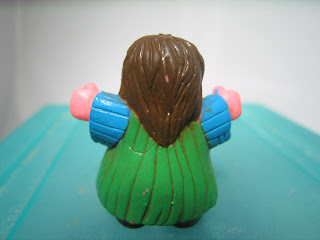 Or from this angle: 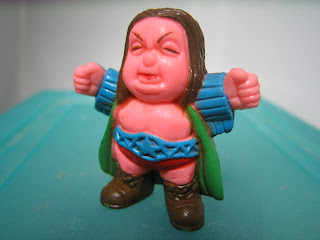 Its hard to gauge the size of the figure from these photos, so I included a picture of her in front of some 3D glasses so you can imagine the toy in relation to your face if you were to hold it right in front of you while wearing glasses similar to the ones pictured. 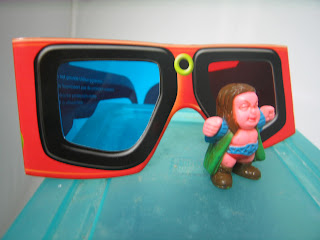 Posted by gweenbrick at 7:36 PM