1992 was a magical time. Life was simpler, and seemed to move at a slower pace. Giant Hershey bars were a nickel. The Beave had his head stuck in that iron fence. And all the world said "Awww" when this little kewpie got up to some monkeyshines: 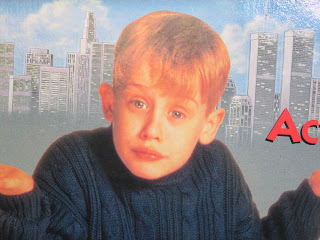 There may well be adult collectors of Home Alone 2 merchandise, and I wish them the best on their journey.

Lets look at the box: 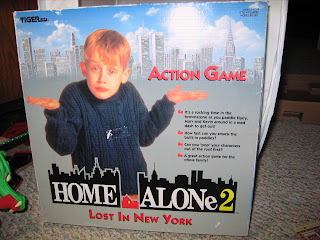 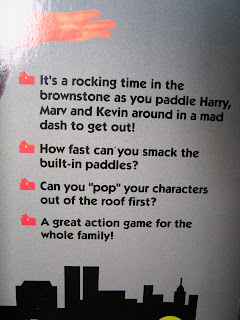 I like it that it says the paddles are "built-in", so you don't have to worry about already having some. I also like it that "pop" has quotes around it. 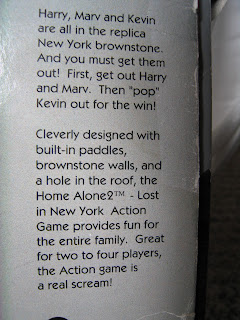 Its cool that it is a replica of a brownstone, like a model or something. 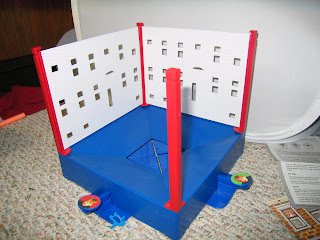 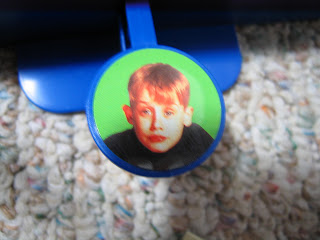 Built-in paddles. Strange that you play the game by pounding on a child's face. 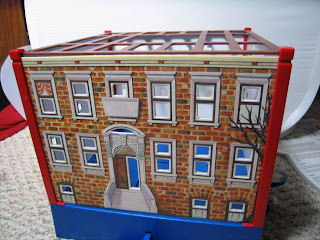 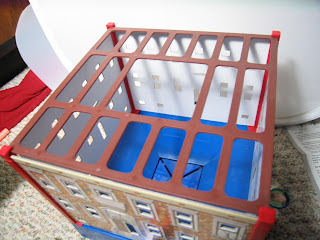 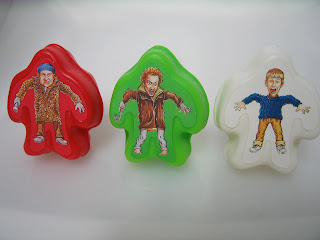 These game pieces are light so as to achieve maximum "pop". 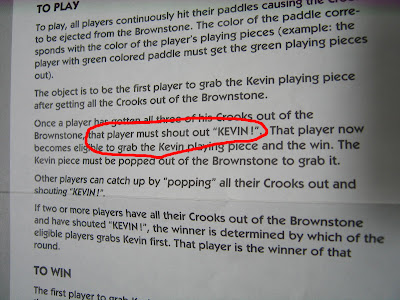 To win this game, you have to yell "KEVIN!". That is one of the best game rules I have ever read.
This is what fun looks like:
Posted by gweenbrick at 7:47 PM