Smacky the Poop. That is what a 2-year old I know called this person: 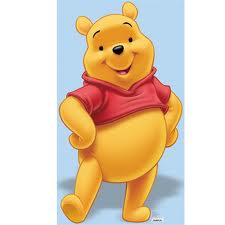 Finding that hilarious probably moves me one step further away from ever being a professional person.

I have been called unprofessional twice in my life: once, when I wore cut-off jeans and a tank-top while changing a sixteen year old man's diapers, and once after an interview for a job I had not even wanted. I was admonished for telling the interview team that their work environment seemed tense and morale appeared quite low. Who wants to work for a company that can't take objective criticism? It just means they have steeled themselves to resist all change.

By the way, the gweenbrick logo guy is named Dome (Doh-me). He was a robot character I drew endlessly one year, in one of my typical "stuck" modes. Stuck, obsessive compulsive, intrusive thinking, various disorders of deficit; its nice to have some terminology for what would otherwise be low-density crazy.
Here he is flying in front of a paint.net gradient fill. I drew it just now, so its real good. 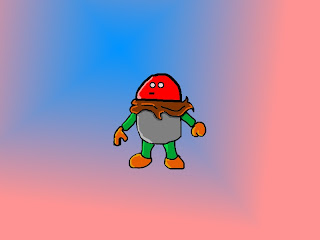